Dr. Taylor graduated from the University of Rochester in 1981 with a BA in Biology and English Literature. He received his medical degree from the State University of New York at the Buffalo School of Medicine in 1986 and completed his internship and residency in pediatrics at the Medical College of Virginia in Richmond, Virginia, now known as VCU. Dr. Taylor has been practicing pediatric medicine in Salisbury since 1989. He joined Chesapeake Pediatrics in 1992. He is a fellow of the American Academy of Pediatrics, a member of Med Chi and also the Wicomico Medical Society. Dr. Taylor and his wife, Suzanne, are members of the Providence Presbyterian Church. They were married in 1984 and have four children. They enjoy travel, biking, playing golf and historical architecture.

Dr. Kovacs graduated from the University of Debrecen and worked as a pediatric resident in Hungary before he moved to the United States. As a postdoctoral associate at the University of Minnesota, he became involved in medical research and presented and published his research nationally.He completed a pediatric residency at the University of Minnesota and a chief residency the following year. He was briefly enrolled in a Neonatology and Perinatology fellowship while pursuing a masters degree in clinical research. Dr. Kovacs is a Fellow of the American Academy of Pediatrics and is Board Certified in Pediatric and Adolescent Medicine by the American Board of Medical Specialties. He is also a member of the Maryland Medical Association and Wicomico County Medical Society. Dr. Kovacs served as Chief of Pediatrics at Peninsula Regional Medical Center between 2009 and 2013. He is happily married with three children and enjoys the outdoors, kayaking, biking and swimming laps at the Salisbury University Pool.

Dr. Mohan graduated from J.S.S.Medical College, Mysore, India (now affiliated with J.S.S.University) in 1990 – 1991. Before immigrating to the United States he spent 10 years in Jamaica working for The Ministry of Health, Jamaica. During his stay in the Caribbean, he trained in Pediatrics at the University of West Indies in Kingston. Dr. Mohan completed his pediatric residency at The Brooklyn Hospital Center in New York. After graduation he served as the program’s Chief Resident for one year and subsequently moved to Salisbury in 2006. He worked as a pediatrician for TLCCS for 6 years and in January 2013, joined Chesapeake Pediatrics. Dr. Thummalapalli (Mohan) is a Fellow of the American Academy of Pediatrics, a member of the American Medical Association and is Board Certified in Pediatric and Adolescent Medicine by the American Board of Medical Specialties. He is a member of the Department of Pediatrics at Peninsula Regional Medical Center and served as the department’s Co-Chief and Vice Chief. He is an adjunct instructor of Pediatrics for the University of Maryland School of Medicine as well. Dr. Mohan is happily married with two children.

Dr. Jegathesan graduated from the University of Pennsylvania with a BA in Molecular Biology in 1999 and a minor in South Asian Studies. She received her medical degree from the University of Connecticut Medical School in 2006, after a career in molecular immunology research at Rockefeller University. Dr. J completed her pediatric residency at Columbia University New York-Presbyterian Hospital in New York City in 2010 followed by a chief residency year. She worked as a pediatrician for the Indian Health Service in Shiprock, New Mexico on the Navajo Nation before moving to the Eastern Shore of Maryland in 2013. She joined Chesapeake Pediatrics in November of 2017. Dr. J is a fellow of the American Academy of Pediatrics and is Board Certified in Pediatric and Adolescent Medicine by the American Board of Medical Specialties. She is also a board member for the Worcester County chapter of Habitat for Humanity and was voted Best Pediatrician in Worcester County in 2022 for Coastal Style Magazine. Dr. J lives in Berlin with her husband and two children and enjoys reading, travel, soapmaking and doing the New York Times crossword puzzle. She is fluent in English, Spanish and Tamil.

Dr. Merritt received her undergraduate BS degree from Salisbury University with a major in Biology and a minor in Chemistry in 2005. She received a certificate for Biomedical Sciences at the Philadelphia College of Osteopathic Medicine thereafter. She then entered medical school at PCOM and attained her Doctor of Osteopathy Degree in 2010. Dr. Merritt completed an internship at Mercy Suburban Hospital and in 2014, completed her pediatric residency through the Robert C. Byrd Health Sciences Center of WVU at Charleston Area Medical center. She is a member of the American Academy of Pediatrics and the American Osteopathic Association. She is Board Certified through the American Osteopathic Board of Pediatrics. Dr. Merritt married her long time love, Phillip in 2013 and lives in Girdletree with her husband. She is an active member of the First Baptist Church of Girdletree as well as a volunteer EMT/ Firefighter of the Girdletree Volunteer Fire Company. She enjoys DIY craft projects, swimming, travel and the outdoors. Dr. Merritt was diagnosed with leukemia in 1996 by Dr. Taylor and after her recovery, became a lifelong advocate of children with cancer, volunteering for over fifteen years at Camp Sunrise, inspiring children with cancer to have courage and keep faith.

Lisa Tayman graduated from Salisbury University in 2001 with a B.S. degree in nursing.  She worked at Peninsula Regional Medical Center as a registered nurse in the ICU, CTICU, and ER until 2020.  She returned to Salisbury University for graduate school in 2010 and graduated with a Master’s in Clinical Nursing Education in 2012 and a Doctorate in Nursing Practice, as well as, receiving a post-doctorate certificate as a nurse practitioner in 2015. She is board certified by the American Academy of Nurse Practitioners as a family nurse practitioner and began working at Chesapeake Pediatrics in 2016.  She also works as an adjunct assistant professor for Wilmington University in their Doctorate in Nursing program. Lisa married her lifetime best friend in 2003 and currently lives in Fruitland with her husband, 4 children, and 2 dogs.  She and her family are active members of Asbury United Methodist Church and enjoy traveling, camping, biking, and kayaking. 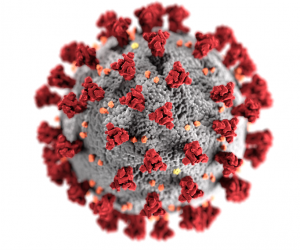